Gazing out of the clouded airplane window, I absentmindedly take note of the expansive blue beneath me, We are flying over the Mediterranean Sea in route to the island of Crete. A German voice over the intercom jolts me out of my daydreaming and soon the english translation follows. “Ladies and Gentlemen, we are beginning our descent into Crete. Please keep put your seat backs in the upright position…”. I tune out the rest and crane my neck around to catch the first glimpse of the island that was my home for five years. The Rodoupou peninsula comes into view in the hazy distance, and then closer I recognize the shape of the small island nicknamed “Kri-Kri Island”, sanctuary of the wild and elusive kri-kri goats of Crete. Tucked into a cove and out of view is the historic and picturesque Venetian port of Chania. But my favorite sight, the one that causes my heart to jump and my eyes to mist over is the foreboding cliffs of Stavros. How many centuries, millennium have those cliffs blazed red in the setting sun and been the inspiration for ancient and modern poets alike? Have they changed at all since the Minoans first called this island home? I doubt it. A sigh escapes my lips and something deep and spiritual, like warm honey, sweet and warm, flows into my soul. 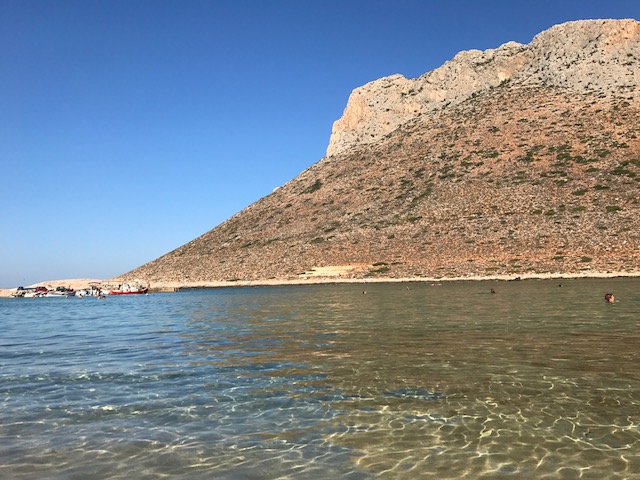 Even as I read these words, they sound a bit superfulous, yet still not enough to describe my feelings when I see Crete. All the chaos, confusion, and ugly realities of this crazy place give way to the the beauty and magic of the feeling that I’ve somehow come “home.” After living here for many years, I had become quite enmeshed in the fabric of the community, or at least, the community had oozed into the fabric of my being. What is it about this island that has such a hold on me that I spout adjectives in volumes greater than delicacies at a Greek wedding feast? Simply put, it is the simplicity of life that Crete embodies and embraces and clings to, while the rest of the world works itself into a frantic state of animosity and ambiguity. More specifically, it is three things that keep me coming back.

The Sea
I’ve often described the Cretan Sea as liquid silk. On a hot sultry summer day, it looks almost oily as it shimmers in changing shades of blue, green and gold. Some days it can be as still as lake water in the early morning hours. On other days, it’s as restless and unpredictable as a hormonal teenager. But on all days, it defines beauty. 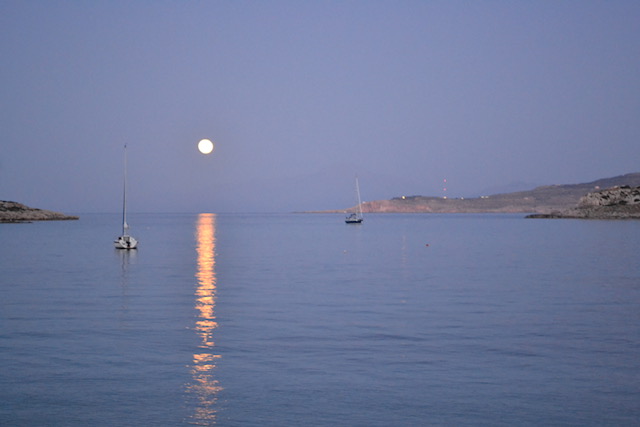 The Food
Simple and fresh. No annoying gravies covering an indescript pile of meat and potatoes. If you’re English or German your mouth may be watering for this type of cuisine (which is a significant improvement on processed American food as a whole.) But for this girl, I love a tomato that tastes like the color red, and olive oil that tastes like Greek sunshine. It’s the kind of food that demands savoring. There are cultures (namely mine) that see food primarily as fuel. Then there are the cultures that see food primarily as an inspiration for social gatherings. The Greeks have mastered this activity, engaging in generous meals that last for hours, or as long as it takes until the storytelling and laughter subside. As long as the wine keeps flowing and the food keeps appearing, there is no end in sight. And why would you want it to end when the food and the fellowship rival each other for best memory makers ever. 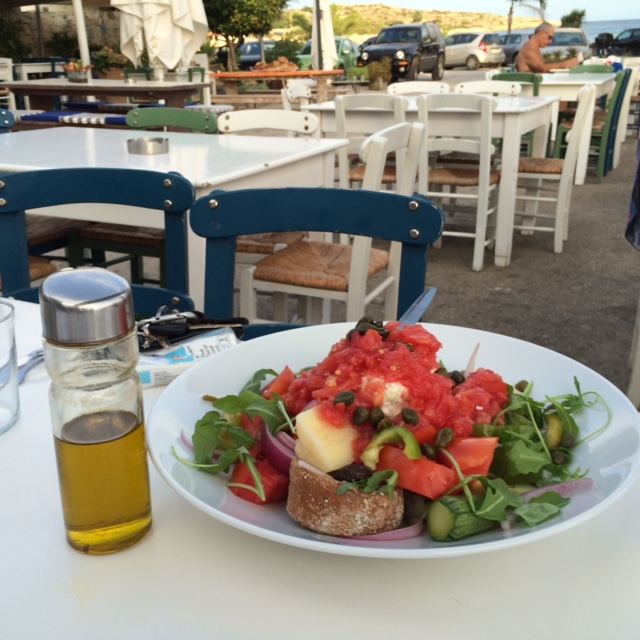 I love the Greek people – they are so blatantly proud, generous and determined. Everything has significance, nothing is by chance. As a result, what seems like superstitious nonsense to us has a traditional, time honored “truth” to them. A draft can kill you (that explains why most Greek establishments are devoid of any air movement.) If you talk about death, it is a bad omen (spit, spit to keep the evil eye away.) The wild herbs of Crete have miraculous medicinal effects. (Actually, I do believe that last one is true because when I use Cretan herbs in cooking or in cosmetics I just FEEL better.)
Have I ever met a Greek I didn’t like? Of course. Human nature is not completely subject to the culture in which one is raised. So you will find cheats, liars and bullies everywhere. But in general, the Greeks honor their families and their faith above all, and that goes a long way.

It’s not just the Greek people that I love, it’s people in general on the island of Crete. Just like stress can bring out the worst in someone, the laid-back lifestyle of Crete brings out a childlike wonder and lightness of heart to those who will linger long enough to let it all sink in.

I suppose it’s not so much the island as the feelings it exposes that I love the best. My best self emerges here and I feel God’s smile on me more often. Perhaps because I slow down and become more intentional about listening for His voice. Or perhaps I recognize His touch that brought me to my knees and lifted me up at the same time when I lived here so many years ago. Such a place of dichotomy – of brokenness and healing, of chaos and serenity. Of being keenly aware I need Him every moment to survive and to soar.  The simple truth is that every moment holds a treasure, even in the hard places.

For today, I revel in these simple facts;

A big Greek salad, fresh bread with olive oil, a sizzling plate of calamari and a carafe of wine = 18 euros
A day rental of beach umbrella and 2 lounger chairs = 6 euros
A luxurious swim in the clear turquoise waters of the Med = Free
Friendship and wellbeing on the island of Crete = Priceless. 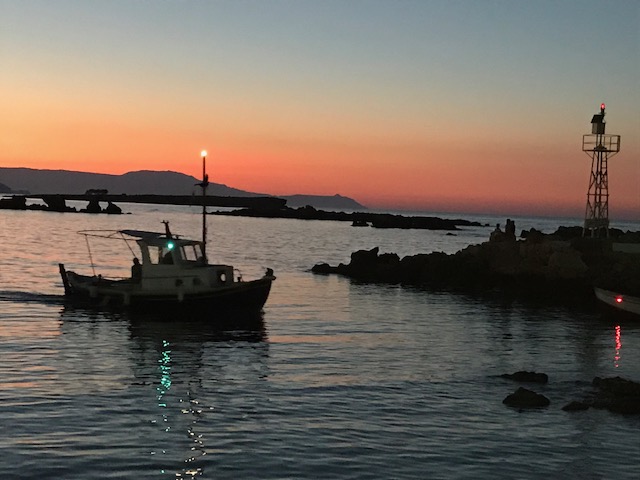 7 thoughts on “Three things I love about Crete”